Looking for best web series to watch on amazon prime. Here we collected some of the best web series of Amazon Prime videos. Go through once and select anything to watch as all of them are best.

Panchayat is yet another TVF’s marvelous creation on Amazon Prime featuring their star Jitendra Kumar. The story revolves around hardship to move and stay in rural India for job and his desperation to get out of it. The characters of pradhan , up-pradhan, vikas are super entertaining and supportive. You will experience fun in the authentic culture they are expressing. Looking for humor, what are you thinking then, it’s a TVF show.

Hostel Daze is an Indian comedy drama created by TVF presented by Amazon prime videos. Hostel life of engineering students, almost every one of us got chances to stay in hostel or live with friends in college. And how beautifully is that shown by this series.  So its starts from yes! You guessed that right, its obviously RAGGING from our beloved seniors and some freaky freshies too. Then through the path of competition to enter into certain clubs. The first college crush and pranks by our friends. The brand new and Worst way to celebrate birthdays, yet one of the best to have. It is pleasure to watch this series.

This will remind you about your college life, how a sincere, high scoring student. Wait may be not that sincere but yeah how you used to study a month before school exam and now in college, a day before semester. Thing changes! and we also get changed by meeting different kind of people yes, they are kind of not type of. If you were in hostel you can refresh your memories or if you stay in hostel then enjoy with your friends. If you are going to live in hostel then be ready to live your transformation stage of life. This is must watch web series and one of the best web series to watch on amazon prime. 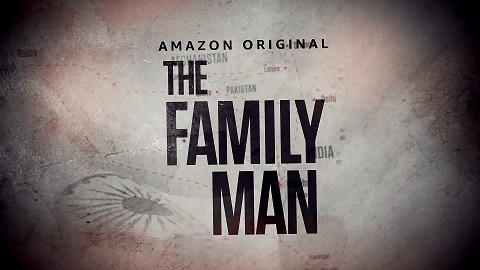 The Family Man is an Indian action drama web series on Amazon Prime Video. A person with family, how he deals with his job specially when he is in investigation department or any anti-terrorist squad team is shown in the series with great details and deep research. The series mainly shows chase to terrorist, who is planning something big and they call it “Mission Zulfiqar” and it can be far greater than 26/11.

They got some clues about the terror act and how they Chase them, situation faced by them while chasing is shown very authentically. Series mixes with the divergence of young students in the name of god. And it is always difficult to tackle young manipulated minds, but wait! Not taking you too far, Manoj Vajpayee deals with them very elegantly. The show is not only about crime and the criminals but also have a flavor of family. Keeping with the job and family is a very tough thing but that is the thing makes you a complete man.

“All we Need A great Web series to refresh our mind” 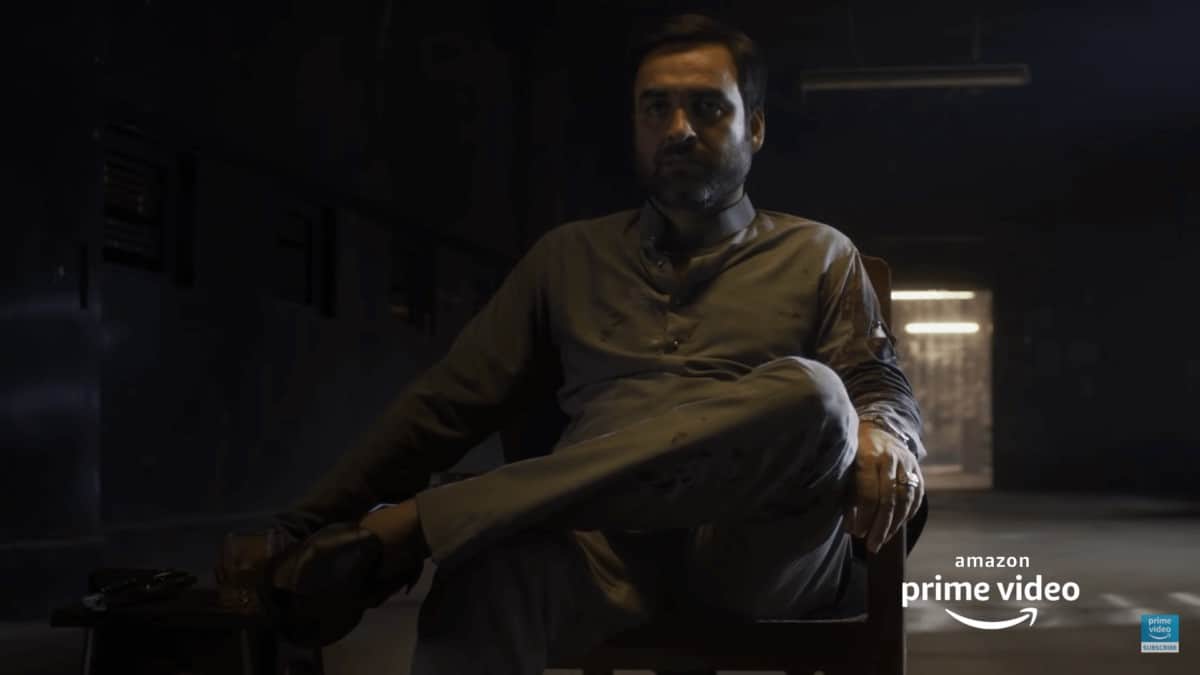 Mirzapur is an Indian crime thriller web series on Amazon Prime Video. The story is based on a typically dysfunctional fictional town in eastern Uttar Pradesh, whose uncrowned king is the delightfully named gangster Akhandanand Tripathi (aka Kallin bhaia). Story begins with two middle class brothers. one of them is guddu bhaiya , who adore munna bhaiya and wants to become like him. You will love Ali Fazal. He really manages to pull off the crazy dumb macho who thinks and talks from the barrel of the gun. And second one is guddu’s younger brother bablu pandit who is calm and genius.

Vikrant Massey was so far my favorite though. His acting till the last scene was absolutely brilliant. Mirzapur is the story of how two young boys nervously and unwillingly enter the underworld. Kaleen bhaiya took his guns and drugs business to next level, with bablu bhaiya’s  brain and guddu’s bhaiya loyalty. I will recommend that you give Mirzapur a try for its character performances and its story built up. This is one of the best web series to watch on amazon prime.

Tom Clancy’s Jack Ryan is political thriller spy web series of Amazon prime. Both seasons are full of thrill and chase. In season 1, Jack CIA analyst stumbles upon a suspicious series of bank transfer, his investigation leads him into field work. Where he chases Soleimani and his team and finds different form of tools used to transfer money, also how they contact each other by different platforms and different type of killing techniques. This also shows the life of people that, why they become terrorist and let us know about life of family members and their children’s life, that how they get affected by all these. Some pages are about the refugee camps and problems faced by them.

In season 2 they have shown the truth behind Venezuela’s nuclear ties and its imminent threat to the United State, How the government is unstable and different country take benefits of that situation. This led him to far-reaching conspiracy and his fellow operatives on a mission spanning the globe.

Breath is an Indian crime drama Thrill web series premiered on Amzon. The series will leave you with the question that “At what extent you can go to save your loved ones” which is beautifully shown in the series. A brilliantly directed series in which Denzel’s son, Josh needs to transplant his lungs for survival but unfortunately, did not get appointment since long time. His father got desperate to save his son and did lots of thing irrespective of being legal or illegal. And hold on! there is also a great chasing scene by the cop Kabir.

The cat and mouse chase, which got a lovely ending. This series shows that an ordinary man can do anything and everything to save their family irrespective of kind of problem or the way it demands. You will love this series just watch it.

Inside Edge is an Indian Web Series presented by Amazon Prime. If you want to take a look inside the high living standard of cricketers and people related to cricket, then go for the one, this web series touches almost each and every point in very details. First season touches deep inside the batting or gambling of cricket specially league like ipl and others. And second season shown its political relation at world level. Also shown   caste and religion base differences between their own team mates.

Both the seasons are awesome, you will never get bored in any episode I swear. Kind of life you will see, will leave your mouth open and eyes still. if you are not familiar about the stuffs that are even possible. As Several times you get encountered by these things through news or documentary. How they use doping to increase their strength but it also gives message by revealing its side effects. All and all a very good one to watch and the facts that are shown are just wonderful!.

Lakhon mein ek is an Indian series on Amazon Prime created by Biswakalyan Rath, a known standup comedian. It has two seasons,

Season 1 is about a boy Aakash from Raipur who wants to become an internet sensation but as every other Indian parent, his father wants him to get into IIT and sends him to a coaching Institute at Vishakapatnam , there he gets into lower section due to lower marks and befriend his roommates. It’s an emotional journey which most of us can relate which makes it a must watch.

Season 2   is about Dr.Shreya who gets posted to a remote village Sitlapur where she fights with government medical ignorance, unsupportive staff, and of course with villagers who are not a believer of government aids. It’s a reality check about government and medical facilities of our country guys. Both season are among the best web series to watch on amazon prime.

How a normal living person enters in the world of Mafia to save his loved ones , is shown in its best form. It is a must watch series for everyone in their lifetime.  This series holds its suspense and thrill in each and every scene. The acting of James Norton is awesome and if you are Indian then how can you miss  Nawazuddin Siddiqui’s role in this series. I will not reveal the whole story. One thing I will say that if you give your time in this series then it will not disappoint you even for a single second. How a normal  person changes because of his family background and his skills to manage all this things will impress you.

This show is based on comic book of same name, presented by Amazon Prime videos. Superhero always shown as helpful and loved by everyone on the earth except their villains. As they save us from many evils around the world. But what if it get reverse and they start using their superpower for abusing people. This show represent this scenario in perfect form. When a powerless person starts his fight against superheroes and he decided to expose the seven.

This concept isn’t anything new, but it’s the execution that makes it all worthwhile. And you will find out when you watch it. You might finish it in one go. So just go and watch it because it is one of the best web series to watch on amazon prime.

The Forgotten Army- Azaadi Ke Liye, is a web series premiered on Amazon Prime Video directed by Kabir Khan. The series is based on the life of Subhash Chandra Bose and soldiers of the Indian National Army(Azad Hind Fauz). Based on true story of Indian soldiers of INA as they march towards the capital with the war cry ‘Challo Dilli’ to free the country from British rule, led by Netaji Subhash Chandra Bose. The Indian National Army (INA) was forged out of British defeat in Singapore during the Second World War and had the first-ever women infantry regiment anywhere in the world.

The series is beautifully directed as it shows us history from entirely different angles. Problems faced by the soldiers, their will and determination to free India is shown wonderfully. Also blends with love story of two soldiers, Sodhi & Maya is at the heart of the series. Background music is so comforting and that song(Mere Watan) by Pritam and Arijit, did very well in helping to create a patriotic atmosphere yet good to listen as well. The war scenes were shoot fabulously that you have never seen in Bollywood films and will surely stir up the patriotic feelings within you.

Four more shots please! is an Indian web series on Amazon Prime. The plot of season 1 is about four women who come together to help each other adore their flaws. They have different social and relationship issues despite being successful. Misunderstandings with boyfriend, cheating husband, being bisexual and being virgin and lack of finding true love drive these women’s love life crazy, yet they empower each other and portray an excellent friendship. It’s an entertaining series empowering women. It’s a must watch if you want to learn how to cope up with relationship problems. Season 2 will be releasing on 17th april, 2020. Hopes up guys.